I beg for motorbike 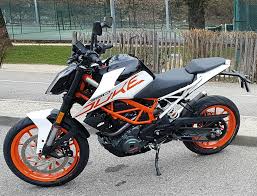 I beg for a motorbike

I live in a remote place up hills called wayanad in kerala. To go to work I have to catch public transport early in the day.The town where I work is 20 kilometers away from home. There is only one public transport facility available in our place. If that bus missed I would have to get a private taxi which is costly , and it leaves me to walk miles. So owning a motorbike or a motorcycle becomes an inevitable situation.Owning a motorcycle does not only give you the joy of riding in an open air, it also offers other benefits such as affordability, better fuel efficiency that can save you money on gas, and easier maintenance. It’s fun. There’s a visceral joy in traveling quickly when you’ve not got a steel box around you. The way the bike leans makes going round curves almost like having a superpower, and the acceleration and braking are breathtakingly quick.

It’s less environmental impact. Ours is a beautiful state which we call as “God’s own Country” for its environment pollution free atmosphere and greenery . Larger vehicles deposit all manner of crap as they travel (live a couple of months near a heavily-trafficked road and see how much “tire dust” gets all over everything) and wear away at the road. However, reducing one’s mass from a ton or more to something under a thousand pounds means that your contribution to road wear and incident pollution is nearly nil. While emissions standards for bikes are not quite as stringent as autos, their motors are so small that they emit much less particulates/smog per mile traveled. And then there’s the “not spending time idling” bit – this is where MOST of the smog comes from! So, in those states that allow filtering and lane sharing/splitting, riding pollutes less simply because the engine is running for a shorter amount of time.
motorbikes are more fuel efficient. This is a basic physics question, again taking into account the much smaller relative mass of bike+rider compared to car+driver. The power needed to propel a motorcycle is significantly less, which means you can get around with less of a fuel budget. For example, my pickup truck holds 22 gallons, and it can manage four days (approximately) at 80 miles of commuting per day, before I have to buy gas. That’s five and a half gallons used every time I drive it to work and back. The bike holds 5 gallons, and needs to be filled approximately every other day. That means I can commute to work and back the same number of days, and use half the amount of fuel doing it, by taking the bike. I might even be able to do better than that… because I tend to get a little ham handed with the throttle at green lights, and that cuts down one’s mileage significantly.
Owning a motorbike will be a dream come true for me.Which will help me alot in cutting costs, arriving on time for work and it makes me less dependent on public transport. I beg for a motorbike because I cannot afford one .It’s my childhood dream to have a motorbike . Donations and helping hands will be remembered in our prayers